Bitcoin prices crossed $1,000, as the virtual currency continues its spectacular rise this year.

The price of one bitcoin has surged 78-fold in 2013 on hopes the experiment in digital money will eventually become a legitimate global currency. Prices hit a new peak of $1,044 in early trading Wednesday. One bitcoin was worth about $13 in January.

Bitcoin, which trades non-stop on the Mt. Gox exchange and other online markets, has been extremely volatile. It rose to what was then an all-time high of$900 earlier this month, only to fall back to $500 in the span of 28 hours.

Demand for bitcoin has been particularly strong in China, where the leading search engine, Baidu(BIDU), now accepts the currency for certain services.

In the United States, lawmakers have been examining potential regulations for bitcoin, which is the currency of choice on certain online markets for drugs and other illicit goods.

Federal authorities shut down the online drug bazaar Silk Road last month, though a new version of the market has resurfaced a few weeks later.

Bitcoin has received a measure of support from officials at the Federal Reserve, including chairman Ben Bernanke, who said the currency “may hold long-term promise” as part of the international payment system.

Some proponents say government regulation would be a positive for bitcoin, since it could lead to wider adoption of the currency. But others argue that bitcoin is decentralized by design and the government should leave well enough alone.

Related: 8 things you can buy with bitcoins right now

Investors say bitcoin is highly speculative, and should not exceed 1% of a portfolio. Many have compared bitcoin to a lottery ticket, saying it could be worth a lot, or nothing at all.

Bitcoin prices surged in April following an unprecedented bailout of the banking system in Cyprus, a move that led to concerns about the stability of European banks and the euro currency. But prices plunged in May in what many saw as the bursting of a bubble. Bitcoin traded in a range around $100 for most of the summer before the current rally kicked off in October. 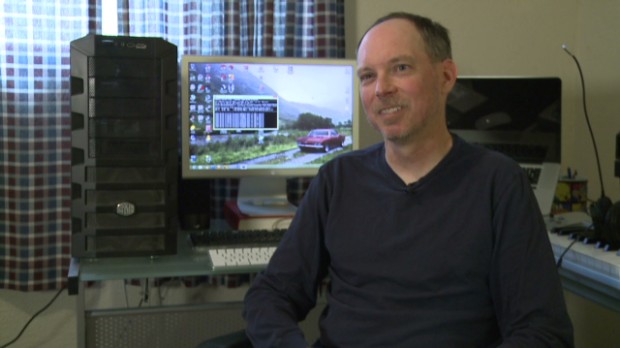 How I make money mining bitcoins

The program behind Bitcoin was created anonymously and introduced on the internet in 2010. Unlike traditional paper currencies, bitcoins are not managed by a central authority and exist only in cyberspace.

Bitcoins are “mined” by powerful computers that complete complex math problems. The total quantity of bitcoins is capped at 21 million, and about 12 million are currently in circulation, according to blockchain.info