A grim “urgent action memorandum” issued today from theoffice of President Putin to the Armed Forces of the Russian Federation is ordering a “massive military strike” against Saudi Arabia in the event that the West attacks Syria.

According to Kremlin sources familiar with this extraordinary “war order,” Putin became “enraged” after his early August meeting with Saudi Prince Bandar bin Sultan who warned that if Russia did not accept the defeat of Syria, Saudi Arabia would unleash Chechen terrorists under their control to cause mass death and chaos during the Winter Olympicsscheduled to be held 7-23 February 2014 in Sochi, Russia.

Lebanese newspaper As-Safir confirmed this amazing threat against Russia saying that Prince Bandar pledged to safeguard Russia’s naval base in Syria if the Assad regime is toppled, but he also hinted at Chechen terrorist attacks on Russia’s Winter Olympics in Sochi if there is no accord by stating: “I can give you a guarantee to protect the Winter Olympics next year. The Chechen groups that threaten the security of the games are controlled by us.” 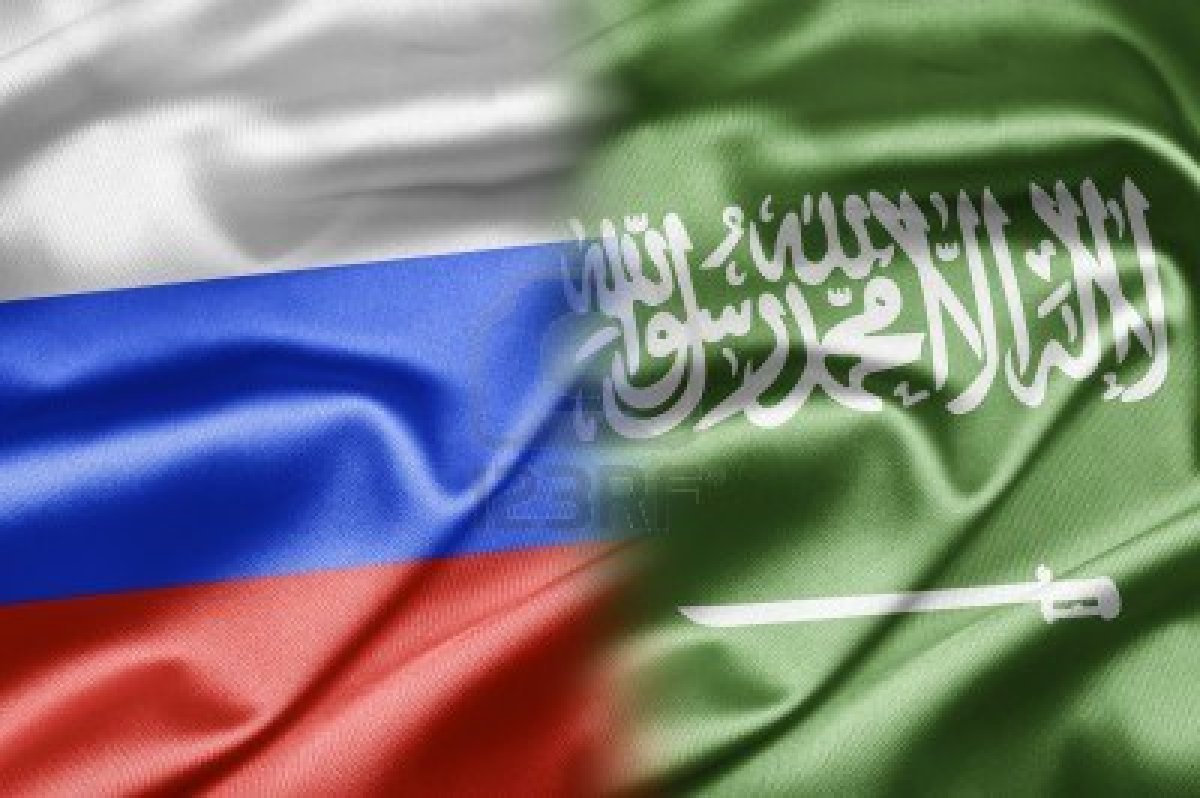 Prince Bandar went on to say that Chechens operating in Syria were a pressure tool that could be switched on an off.“These groups do not scare us. We use them in the face of the Syrian regime but they will have no role in Syria’s political future.”

London’s The Telegraph News Service further reported today that Saudi Arabia has secretly offered Russia a sweeping deal to control the global oil market and safeguard Russia’s gas contracts, if the Kremlin backs away from the Assad regime in Syria, an offer Putin replied to by saying “Our stance on Assad will never change. We believe that the Syrian regime is the best speaker on behalf of the Syrian people, and not those liver eaters” [Putin said referring to footage showing a Jihadist rebel eating the heart and liver of a Syrian soldier HERE], and which Prince Bandar in turn warned that there can be “no escape from the military option” if Russia declines the olive branch. 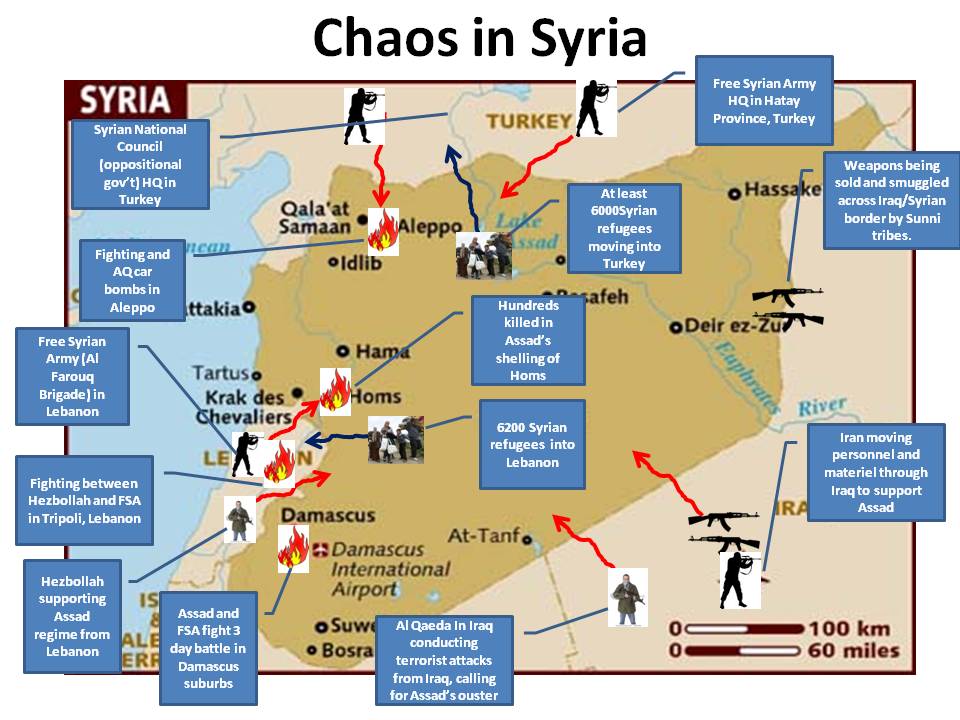 Critical to note, and as we had previously reported on in our 28 January 2013 report “Obama Plan For World War III Stuns Russia,” the Federal Security Services (FSB) confirmed the validity of the released hacked emails of the British based defence company, Britam Defence that stunningly warned the Obama regime was preparing to unleash a series of attacks against both Syria and Iran in a move Russian intelligence experts warned could very well cause World War III.

According to this FSB report, Britam Defence, one of the largest private mercenary forces in the world, was the target of a “massive hack” of its computer files by an “unknown state sponsored entity” this past January who then released a number of critical emails between its top two executives, founder Philip Doughty and his Business Development Director David Goulding.

The two most concerning emails between Doughty and Goulding, this report says, states that the Obama regime has approved a “false flag” attack in Syria using chemical weapons, and that Britam has been approved to participate in the West’s warn on Iran, and as we can read:

Email 1: Phil, We’ve got a new offer. It’s about Syria again. Qataris propose an attractive deal and swear that the idea is approved by Washington. We’ll have to deliver a CW (chemical weapon) to Homs (Syria), a Soviet origin g-shell from Libya similar to those that Assad should have. They want us to deploy our Ukrainian personnel that should speak Russian and make a video record. Frankly, I don’t think it’s a good idea but the sums proposed are enormous. Your opinion? Kind regards David

Email 2: Phil, Please see attached details of preparatory measures concerning the Iranian issue. Participation of Britam in the operation is confirmed by the Saudis.

With the events now spiraling out of control in Syria, and London’s Independent News Service now reporting that Prince Bandar is “pushing for war,” Russian foreign ministry spokesman Alexander Lukashevich further warned the West today by stating, “Attempts to bypass the Security Council, once again to create artificial groundless excuses for a military intervention in the region are fraught with new suffering in Syria and catastrophic consequences for other countries of the Middle East and North Africa.”

Heedless of Russian warnings which have fallen on deaf ears, however, British Prime Minister David Cameron this morning recalled the British Parliament to vote on attacking Syria as the Obama regime abruptly cancelledtheir meeting with Russia scheduled for tomorrow on finding a path to peace for Syria, and the West begins its plans to attack the Syrian nation “within days.”

As Syria itself has warned that should it be attacked by the West there will be “global chaos,” the Western peoples themselves have not been told of the fact that on 17 May 2013, Putin ordered Russian military forces to “immediately move” from Local War to Regional War operational status and to be “fully prepared” to expand to Large-Scale War should either the US or EU enter into the Syrian Civil War, a situation they are still in at this very hour.

With Putin’s previous order, and as we had reported on in our 17 May report “Russia Issues “All-Out War” Alert Over Syria,” and now combined with his new ordering of massive retaliatory strikes against Saudi Arabia, any attack on Syria is viewed by Russia as being an attack on itself.

And as we had previously explained in great detail, the fight over Syria, being led by Saudi Arabia and Qatar and their lap-dog Western allies, has but one single objective: To break Russia’s hold on the European Union natural gas market which a pipeline through Syria would accomplish, and as reported by London’s Financial Times News Service this past June:

“The tiny gas-rich state of Qatar has spent as much as $3bn over the past two years supporting the rebellion in Syria, far exceeding any other government, but is now being nudged aside by Saudi Arabia as the prime source of arms to rebels.

The cost of Qatar’s intervention, its latest push to back an Arab revolt, amounts to a fraction of its international investment portfolio. But its financial support for the revolution that has turned into a vicious civil war dramatically overshadows western backing for the opposition.

Qatar [also] has proposed a gas pipeline from the Gulf to Turkey in a sign the emirate is considering a further expansion of exports from the world’s biggest gasfield after it finishes an ambitious programme to more than double its capacity to produce liquefied natural gas (LNG).”

And in what is, perhaps, the most unimaginable cause to start World War III over Syria was noted by Russian Foreign Ministry spokesman, Aleksandr Lukashevich who said this past week: “We’re getting more new evidence that this criminal act was of a provocative nature,” he stressed. “In particular, there are reports circulating on the Internet, in particular that the materials of the incident and accusations against government troops had been posted for several hours before the so-called attack. Thus, it was a pre-planned action.”

For the West to have so sloppily engineered yet another “false flag” attack to justify a war where they posted the videos of this so-called chemical weapons attack a full day before it was said to occur is the height of arrogance and disdain, but which their sleep-walking citizens, yet again, will fall for as they have done so many times in the past.