Taliban Step Toward Afghan Peace Talks Is Hailed by U.S.

WASHINGTON — The Taliban signaled a breakthrough in efforts to start Afghan peace negotiations on Tuesday, announcing the opening of a political office in Qatar and a new readiness to talk with American and Afghan officials, who said in turn that they would travel to meet insurgent negotiators there within days. 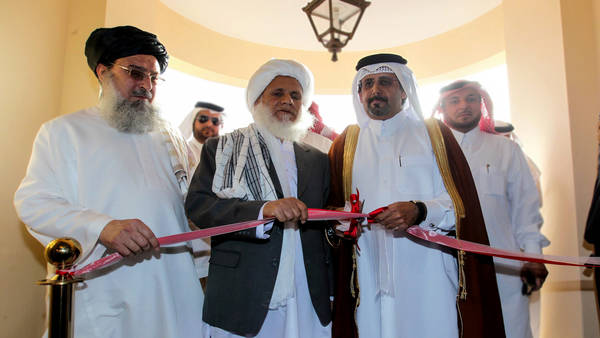 If the talks begin, they will be a significant step in peace efforts that have been locked in an impasse for nearly 18 months, after the Taliban walked out and accused the United States of negotiating in bad faith. American officials have long pushed for such talks, believing them crucial to stabilizing Afghanistan after the 2014 Western military withdrawal.

But the Taliban may have other goals in moving ahead. Their language made clear that they sought to be dealt with as a legitimate political force with a long-term role to play beyond the insurgency. In that sense, in addition to aiding in talks, the actual opening of their office in Qatar — nearly a year and a half after initial plans to open it were announced and then soon after suspended — could be seen as a signal that the Taliban’s ultimate aim is recognition as an alternative to the Western-backed government of President Hamid Karzai.

By agreeing to negotiations, the Taliban can “come out in the open, engage the rest of the region as legitimate actors, and it will be very difficult to prevent that when we recognize the office and are talking to the office,” said Vali Nasr, a former State Department official who is the dean of the Johns Hopkins School of Advanced International Studies.

The United States, already heading toward its military exit, has little to offer beyond prisoner exchanges, and the Taliban are “not trying to help our strategy,” Mr. Nasr warned. “They’re basically trying to put in place their own strategy.”

The Taliban overture coincided with an important symbolic moment in the American withdrawal: the formal announcement on Tuesday of a complete security handover from American troops to Afghan forces across the country. That shift had already become obvious in recent months as the Afghan forces had tangibly taken the lead — and as the Taliban had responded by increasing the tempo of attacks against them.

Yet since at least 2009, even top American generals maintained that a permanent peace could not be won on the battlefield, and American diplomats have engaged in nearly three years of holding secret meetings and working through diplomatic back channels to lay the groundwork for talks to begin.

The opening for Tuesday’s developments appeared to come in the third week of May, when the Qataris told the United States that the Taliban might be ready to start talking again, according to an American official with knowledge of the talks.

To that point, diplomats and intermediaries from Germany, Norway and Britain also played crucial roles, administration officials said Tuesday, and some said they believed Pakistan had played a more active role in recent months to urge the exiled Taliban leadership to move toward talks.

President Obama called the Taliban’s announcement “an important first step toward reconciliation,” but cautioned that it was only “a very early step.”

“We anticipate there will be a lot of bumps in the road,” Mr. Obama said at a meeting with President François Hollande of France at the Group of 8 summit meeting in Northern Ireland.

There have been plenty of bumps already. Over the last 18 months, the peace effort has encountered pressure from nearly every quarter at one time or another: Mr. Karzai, the exiled Taliban leadership, the Taliban’s patrons in Pakistan and critics in the United States who have reacted coolly to what they perceive as talking to terrorists.

A pair of Afghan mullahs made the Taliban announcement in a televised address from Doha, the capital of Qatar, cutting a red ribbon at the villa that will serve as the office. The Taliban’s political and military goals “are limited to Afghanistan,” said Muhammad Naim, the Taliban spokesman who read the statement.

A version of this article appeared in print on June 19, 2013, on page A1 of the New York edition with the headline: Taliban ASSERT New Readiness For Peace Talks.